An Exciting Nobel Prize in Medicine and Physiology

The 2015 Nobel Prize awards in Medicine and Physiology are exciting for many reasons. The three recipients-two microbiologists and a pharmacologist-all working with natural compounds, developed therapies to fight various parasites, making remarkable contributions to human and animal health. This linking of human, animal and environmental medicine, known as "One Health" has become an essential focus in effective medical research and practice.

The pharmacologist, Youyou Tu, aged 84, at the China Academy of Traditional Chinese Medicine in Beijing, won half of the $960,000 prize, becoming the first science Nobel winner from China who had worked solely in China for her entire career. Professor Tu's work led to the drug Artemisinin which has significantly reduced death rates from malaria. The other half of the prize is shared between Dr. William Campbell, aged 85, Research Fellow Emeritus at Drew University in New Jersey, and Professor Satoshi Ōmura, aged 80, of Tokyo University, whose combined work led to the drug Avermectin active against a broad range of nematodes and arthropod parasites.

The ages of the three recipients-all in their eighties-indicate that the Nobel Committee of the Karolinska Institutet in Stockholm is increasingly willing to wait until the practical effects of medical discovery are clear. As Nobel Prizes are awarded only to living persons, there is an intriguing reality that many of those who are deserving of Nobel Prizes will not receive them before death intervenes. Professor Tu investigated the anti-malarial properties of some 2,000 herbal preparations and credited the 4th century Chinese physician and herbalist Ge Hong for his work elucidating that an extract made from the sweet wormwood shrub Aterisia annua could be used to treat malaria. This early work led Professor Tu to use modern laboratory techniques to guide her team to the discovery of the anti-malaria drug Artemisinin.

Professor Ōmura identified a compound in a bacterium living in a soil sample which was toxic to roundworms, while Dr. Campbell and his colleagues isolated the active ingredient from the bacterium and developed the parasite fighting drug Avermectin. This drug was subsequently chemically modified to the chemical compound Ivermectin which is widely used to treat parasites in numerous domestic and farm animals, as well as human diseases such as River Blindness and Lymphatic Filariasis with its disabling symptoms of Elephantiasis. Dr. Campbell's discovery was made in 1975 while working at the U.S. pharmaceutical company Merck. As the Nobel Committee noted: "We live in a biologically complex world which is populated not only by humans and other large animals, but also by a plethora of other organisms, some of which are harmful or deadly to us. . . ". After decades of limited progress in developing durable therapies for parasitic diseases, the discoveries of this year's Laureates radically changed the situation (See: www.nobelprize.org/nobelprizes/medicine/laureates/2015/press.html).

These awards indicate that products derived from the natural world-soil bacteria and herbs-can be developed into medicines that save millions of human and animal lives. The Nobel Committee stressed that the first half of its award was not to traditional Chinese medicine itself, but rather to the original scientific research that led to such an important discovery, significantly reducing deaths from malaria, especially among children Furthermore, it should be noted that the second half of the Nobel went to two individual scientists rather than a pharmaceutical company, indicating that the continued focus of the Committee is on the scientific work and its impact, rather than the marketing of the resulting product. The donation of millions of drug treatments to animals and people in greatest need is an important indication of how those in need might eventually receive a life-saving drug, while a pharmaceutical company still makes a significant profit from the marketing of that drug.

Ivermectin-a highly effective chemically modified compound of Avermectin-is used to treat a variety of parasitic diseases in companion and food animals and in humans. What is striking is that as Professor Ōmura was collecting soil samples from a golf course in Japan, and Dr. Campbell in the United States was investigating the properties of those samples neither could have imagined how significant their work would be many decades later throughout the world.

Underlying these awards and the on-going research is the reality that efficacious medicine in the twenty-first century is carried out by teams of scientists, doctors and nurses grounded in a One Health-based awareness that the environment, human medicine and animal medicine are a seamlessly interconnected web.

Avian Influenza Update: The Lull before the Storm? 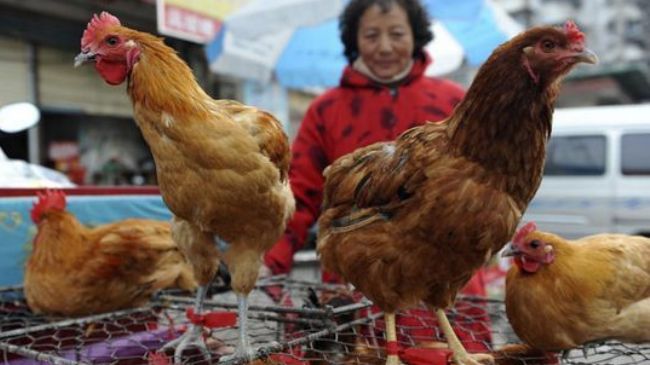 A state-by-state analysis of Highly Pathogenic Avian Influenza (HPAI) H5 virus outbreaks indicates that the outbreak in the U.S. is over. However, the damage that has been done is considerable. For example, in Iowa alone more than 30 million hens and 1.5 million turkeys have been killed, resulting in a loss of half of the state's poultry flock over a period of six months, as well as an estimated economic loss to the state of $1.2 billion (For further information, see: www.cidrap.umn.edu/news-perspective/2015/08/report-finds-12-billion-iowa-avian-flu-damage).

The situation remains disturbing. Already, more than 48 million birds have been killed throughout the country between December 2014 and June 2015, with an economic loss of some $3.3 billion. Furthermore, as Marilyn McKenna has pointed out, "while the flu was originally brought to the US by wild birds migrating down from Canada, most of the spread within the US was due to people and vehicles inadvertently carrying the virus from farm to farm." Extensive biosecurity measures were being taken on a state-by-state and farm-by-farm basis to try to prevent spread of these HPAI viruses. However, it is not over yet; and Dr. John Clifford, Deputy Administrator of APHIS has pointed out: "It's very likely that wild birds will carry the virus with them when they begin migrating south in the fall." See phenomena.nationalgeographic.com/2015/07/15/bird-flu-2/

The HPAI virus strains detected in the U.S. have primarily been H5N2, but there have also been cases of H5N8 and H5N1. Although the risk of bird-to-human transmission of these viruses is limited, unprotected contact with any infected poultry, either sick or dead, should be avoided. The possibility of any virus reassorting or mutating is always present. Therefore, the Centers for Disease Control and Prevention (CDC) has issued new guidance for clinicians and public health professionals on appropriate safety measures. (See www.cdc.gov/flu/avianflu/h5/index.htm)

No vaccines have been used to date, in part because of the limited efficacy of existing vaccines, as well as the potential permanent trade restrictions that would be placed on U.S. poultry if vaccines were to be used. However, the U.S. Department of Agriculture's Animal and Plant Health Inspection Service (APHIS) is assessing the environmental impact of vaccine use and has also requested proposals for vaccine doses to equip the National Veterinary Stockpile.

Publicity about avian influenza has often centered on the danger of an HPAI virus moving from birds to humans. It is true that during the past 13 years there have been 844 confirmed human cases of HPAI H5N1 reported to the World Health Organization (WHO), with 449 deaths (See www.who.int/influenza/human_animal_interface/H5N1_cumulative_table_archives/en/). However, another grave danger is that HPAI, especially with the many H5 strains, can become endemic in a nation's wild birds, as has already happened in many parts of the world. The Food and Agriculture Organization (FAO) has pointed out that: "During a public health emergency, there is need to ensure an appropriate balance between regulatory measures for controlling the biological risk and efforts to ensure stakeholder engagement. Failure to engage stakeholders may hinder efforts to control the disease" (www.fao.org/docrep/018/i3609e/i3609e.pdf).

This outbreak of HPAI caused by several H5 strains is an indication of the need to integrate human, animal and environmental policies in a coherent One Health perspective. Attempts to focus on necessary emergency measures are now essential.

What do we know about the bird flu infecting US farms? 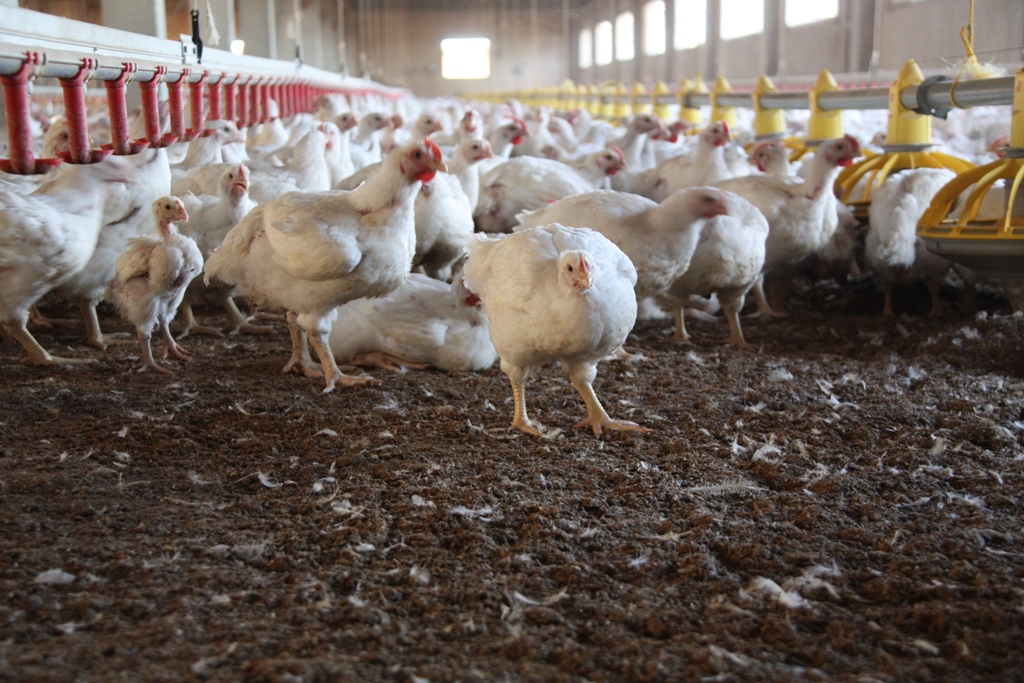 Bird flu has been infecting poultry farms in the West and Midwest. With large scale chicken farms affected and increasing numbers of birds being destroyed to contain the spread, GENeS has reached out to experts to find out what we know about current strains of the virus.

Are Camels the Key to Stopping MERS-CoV?

This concise and insightful four-minute video sets out the present situation in February 2015 with Middle East Respiratory Syndrome-Corona Virus (MERS-CoV) which has sickened more than a thousand people since 2012, killing some 30% of those who became ill. Dromedary camels have been identified as the primary source of the virus, although there has been some human illness and death not directly linked to camels. Laboratory work has focused on repurposing existing drugs for MERS-CoV and in the search for an effective vaccine. Using a One Health approach, CEEZAD personnel collaborated with NIH personnel to help study the epidemiology of MERS-CoV in Jordan as documented in the video where both CEEZAD and NIH personnel are shown sampling dromedary camels.