Introduced in 2007, the annual Dr. Ron and Rae Iman Outstanding Faculty Awards are sponsored by the K-State Alumni Association and are made possible through the generosity of Ron and Rae Iman.

This year this most prestigious KSU award for research was given to Juergen A. Richt, Regents distinguished professor in the College of Veterinary Medicine and director of CEEZAD. The award recognizes faculty members who have distinguished themselves in their chosen profession and who have contributed significantly through research to improve the betterment of the educational experience, or whose research has had a significant impact on their area of study.

CEEZAD teams up with St. Jude Children’s Hospital Center of Excellence for Influenza Research and Surveillance

Scientists at Kansas State University are playing the part of detectives looking for clues to help solve mysteries in human and animal health. By utilizing a methodology known as syndromic surveillance, researchers isolate and characterize swine influenza viruses causing disease to support a collaborative project with the St. Jude Children’s Research Hospital in Memphis, Tennessee. Read More at K-State Lifelines

We are in our second year of a 5-yr NIH D43 grant to train US and Mongolian professionals in applying One Health principals in studying complex zoonotic disease problems in Mongolia.

We are looking for a U.S. postdoctoral associate to participate in a full-time 2-year training and research program, May 2015-May 2017

US applicants must be a US citizen and have a doctoral degree in public health, veterinary medicine, environmental health, medicine, microbiology, entomology, or a related field.

US applicants should send their CV with a cover letter explaining how they fit this program to Ben Anderson via email (Ben.Anderson2@duke.edu) by December 15th, 2014

The Center of Excellence for Emerging and Zoonotic Animal Diseases invites White Paper submissions for high impact research contributing to one or more of CEEZAD's major theme areas: Vaccines, Diagnostics/Detection, Epidemiology/Modeling and Education and Outreach. Priority will be given to projects that focus on CEEZAD's mission to enhance the capabilities of the U.S. Department of Homeland Security (DHS) by developing state-of-the-art countermeasures for transboundary animal diseases. Diseases of particular interest include African Swine Fever, Classical Swine Fever and Foot and Mouth Disease. Projects already at an advanced stage of development for which funding would bring a product closer to the end-user, and projects which clearly engage partners, stakeholders and end-users are encouraged.Read More

The US Department of Homeland Security's Center of Excellence for Emerging and Zoonotic Diseases (CEEZAD), headquartered at Kansas State University, has appointed Steven Ellsworth as its Associate Director. Dr. Ellsworth earned undergraduate and graduate degrees at South Dakota State University and his DVM degree at the University of Missouri. He brings thirty years of industrial veterinary medicine experience to CEEZAD. Twenty years of that experience involved directing biologicals research and development programs, and then as Vice President of Operations, for two firms that are now part of Merck Animal Health. During this time he oversaw government approval of dozens of vaccines, and managed lab and animal facilities, vaccine production operations, and associated budgets. For the past five years he has served as a consultant on a variety of technical, business, and regulatory issues with animal health firms and universities.

Dr. Ellsworth, commented: "I am excited to be a part of the CEEZAD program and to help it meet its mission. It will be a good personal challenge to apply my experience in a new setting."

Dr. Juergen Richt, Director of CEEZAD, commented: "I expect Dr. Ellsworth's broad industrial experience will be immensely helpful in many facets of the CEEZAD mission, including assistance with the preparation of proposals and grant applications and helping to arrange collaborations with various stakeholders and institutions. His business perspective will be a great asset to improve the accountability of many scientific projects and to ensure the early implementation of potential applications with commercial partners." 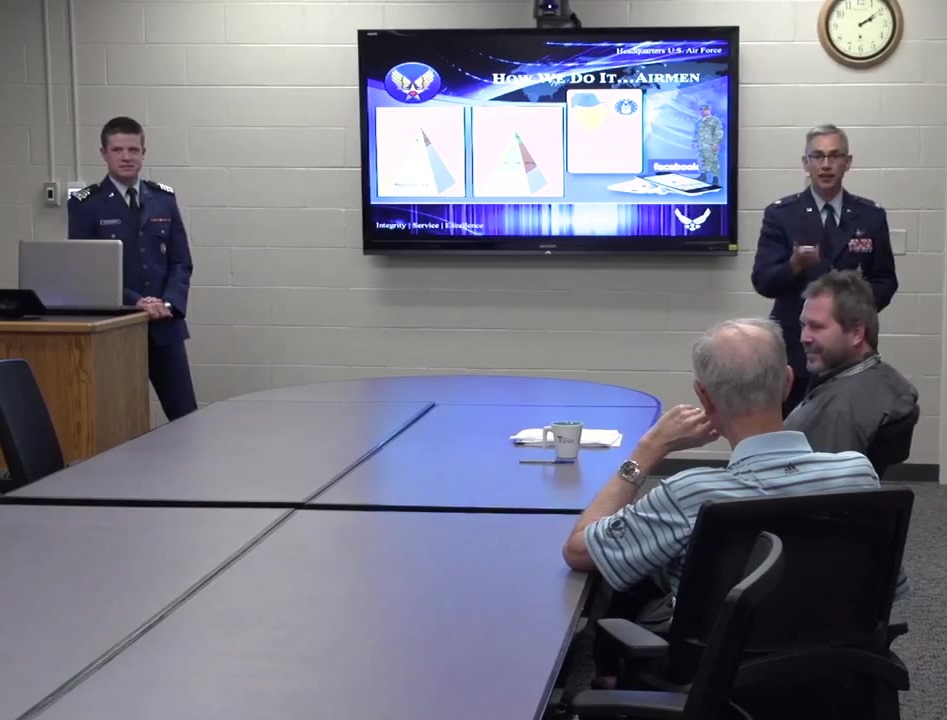 The Department of Homeland Security (DHS) Summer Research Program for Federal Service Academies included a month-long visit to a CEEZAD laboratory by a lieutenant colonel and a cadet from the US Air Force Academy. Lt. Col Craig Narasaki and Cadet John Rosenberg studied vaccine and diagnostic research programs at CEEZAD in the lab of Dr. Juergen Richt. Prior to the start of their work, the visitors from USAFA completed all the necessary safety and compliance training procedures. Also, their work in Dr. Richt's lab was approved by the KSU's Institutional Biosafety Committee (IBC). The aim of the DHS Program is to provide faculty and students from military academies a chance to build research collaborations. The visit has laid the foundation for future collaborations between CEEZAD and the US Air Force Academy's Department of Biology.

Watch this three-minute video for further details about an unusual and exciting academic collaboration: K-State Lifeline

Student Internships Available in Zoonoses and Epidemiology from WHO 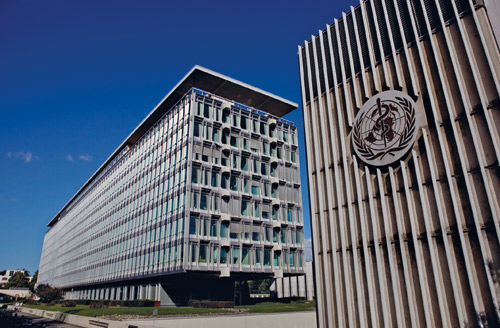 The World Health Organization is inviting applications from university departments for six week to three-month student internships, with selection on a first-come first-served basis after the departmental selection. This means that for those who act quickly there is a real possibility of selection. However, these internships are unpaid; and all costs of travel and accommodation must be paid by the intern candidate.

Candidates should be at least 20 years old and hold a first degree in a public health related medical or social field relavent to the technical work of WHO or a degree in a management-related or administrative field. Fluency in English is necessary, with fluency in French or one or more other languages a plus.

For further information, see: WHO Employment

MANHATTAN -- The novel avian H7N9 influenza virus has caused more than 130 human infections with 43 deaths in China. New research, conducted under the supervision of Kansas State University's Juergen Richt, is showing promise in helping to fight this deadly virus.

"Emergence of a novel drug-resistant H7N9 influenza virus: Evidence-based clinical potential of a natural IFN-alpha for infection control and treatment" is set to publish in an early online edition of January's Expert Review of Anti-infective Therapy journal.

Richt is a regents distinguished professor and Kansas Bioscience Authority eminent scholar at Kansas State University's College of Veterinary Medicine. He also is the director of the U.S. Department of Homeland Security's Center of Excellence for Emerging and Zoonotic Animal Diseases, or CEEZAD, at the university. The center is working with scientists at Hemispherx Biopharma Inc. to develop novel pharmacological treatments. Research for the H7N9 project was conducted at the university's Biosecurity Research Institute, primarily by Qinfang Liu, a postdoctoral fellow in diagnostic medicine and pathobiology in Richt's laboratory.